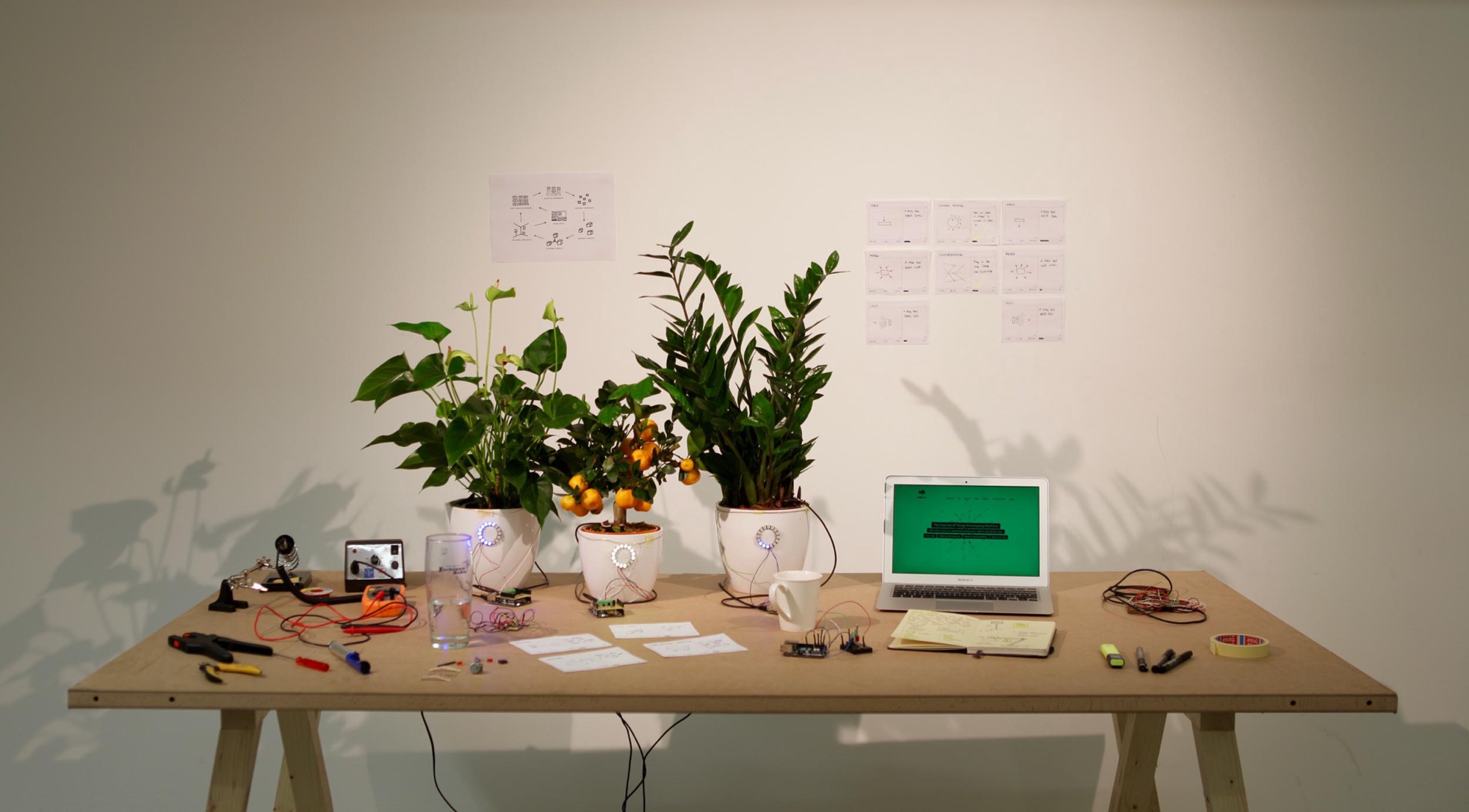 Master's thesis by Joël Gähwiler for the degree of Master of Arts "Interaktion".

By 2020, fifty billion digital devices will be interconnected, and form the so-called "Internet of Things". The digital experience that once shifted from the computer to the mobile device, shifts again into digital objects that sense and act upon the physical space. Smart thermostats, locks, light bulbs and moisture sensors that are already on the shelves of electronic stores give us a glimpse into such a future. Yet we are just at the very beginning of an ongoing development. This project explores the Internet of Things with the aim of making it more accessible for designers. A conceptual framework, a design method, and a tool that facilitates the rapid prototyping of networked objects lay the foundation that allows designers to investigate the interconnected future through prototyping networked experiences. 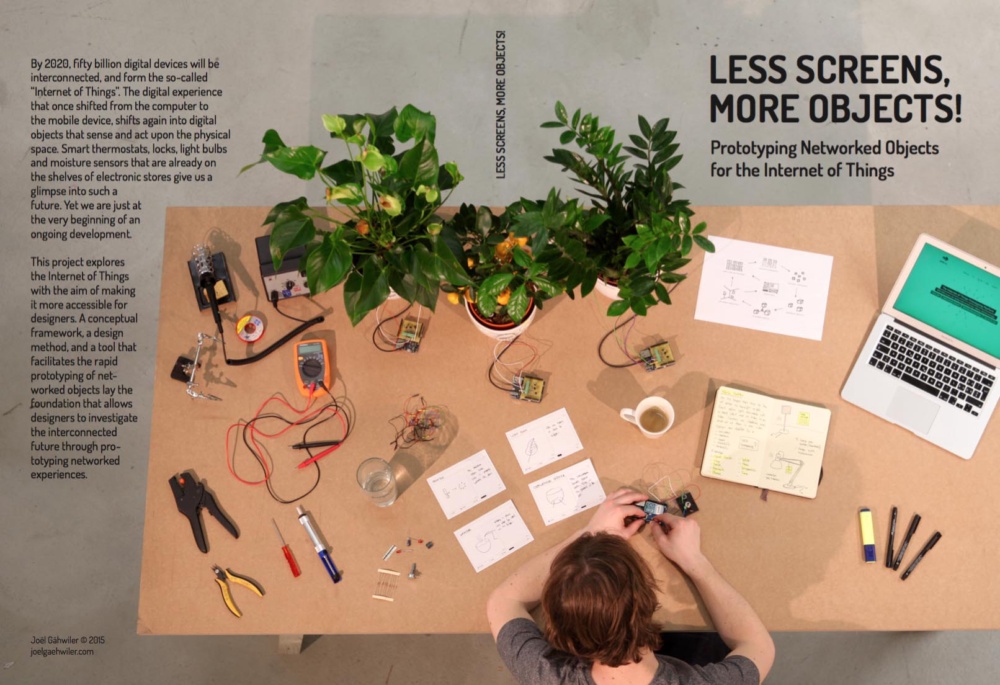 Joël Gähwiler investigated the Internet of Things under the title "Less Screens, more Objects!", for more than one and a half years in his master project at the Zurich University of the Arts. As the result, he came up with a framework that allows designers to quickly dive into this field by building prototypes of "Networked Objects" (later renamed to Networked Artifacts) which encapsulate the digital world in physical objects. 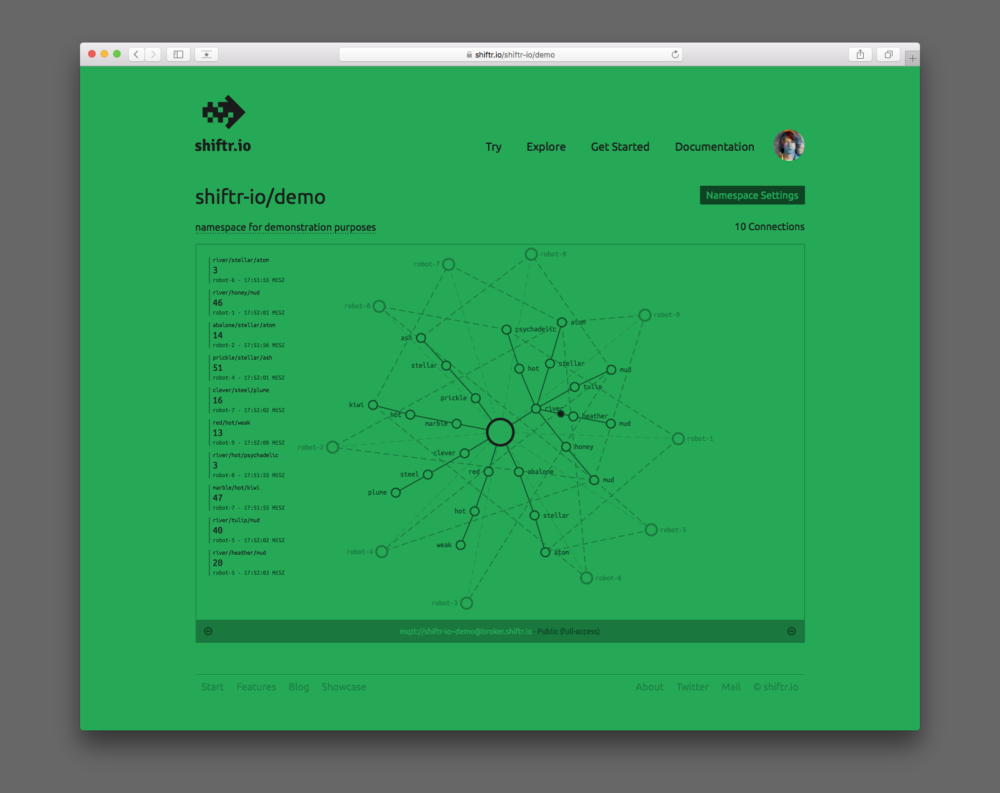 The framework includes a theoretical model of networked objects, a design method for structuring a prototype-driven design process and a tool that completes already established prototyping tools by providing a service for interconnecting any kind of digital systems ranging from electronics to sophisticated desktop applications. 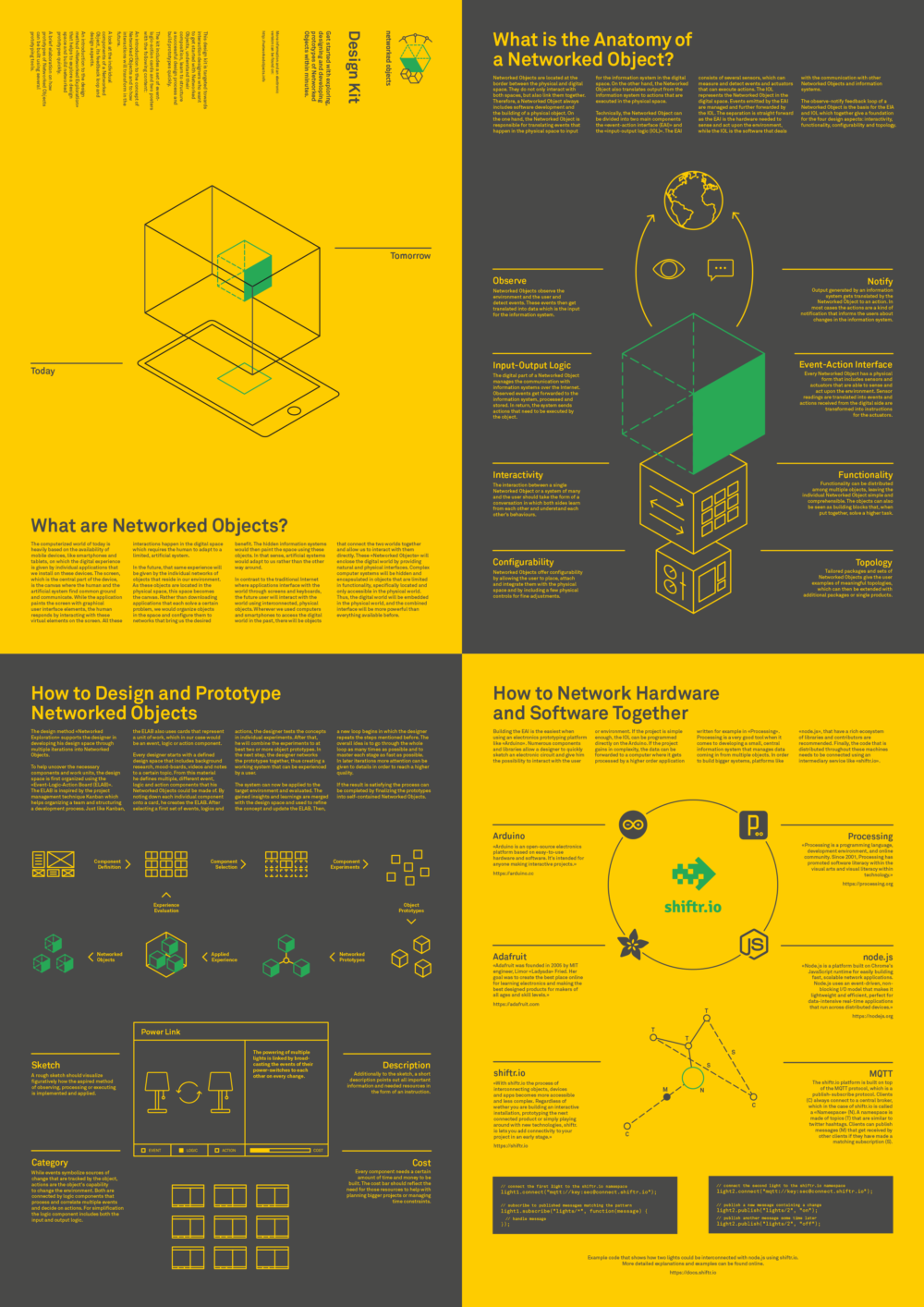 The two main results of his thesis are the shiftr.io Internet of Things Prototyping Platformand the Networked Objects – Design Kit. Both projects will be continued, used in education and form a basis for further research.