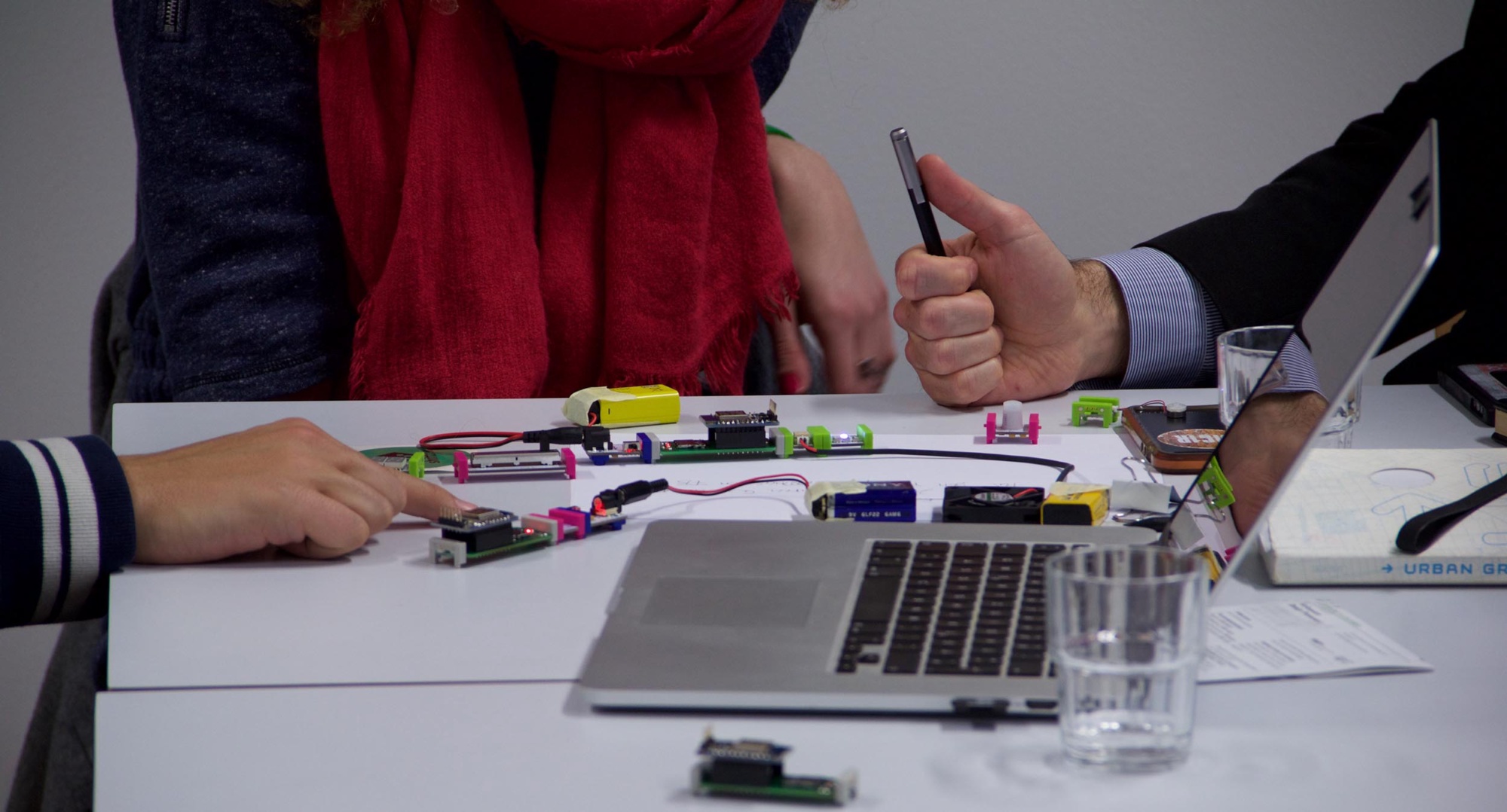 The annual DGTF conference in 2015 was taking place at the FH Potsdam under the theme "Reassembling Relationships, People, Systems and Things". Joël Gähwiler had the opportunity to conduct an afternoon workshop to the topic "Prototyping Networked Artifacts":

The Internet of Things allows everyday objects to be interconnected. This places designers in unknown territory, as the objective is now the design of multiple, "Networked Artifacts" rather than just a single, tangible object. This shift from object to system calls for new ways of thinking about design and especially for new methods in design education. In this workshop, we will discuss networked artifacts and experiment with "shiftr.io" – a tool that allows fast prototyping of such artifacts. (Retrieved from http://conference.dgtf.de on November 19th, 2015) 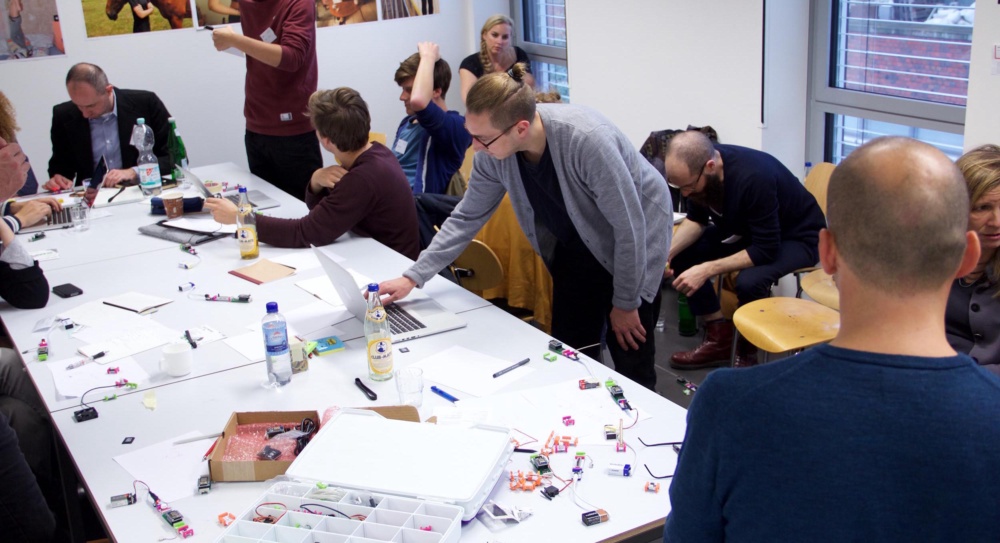 As the workshops time frame was to short to go into programing and electronics, the littleBits system was used to quickly build electronic artifacts. Lastly, the custom made ShifterBit that interfaces with shiftr.io, interconnected these littleBits based artifacts with each other and allowed simple forms of networked behaviour.